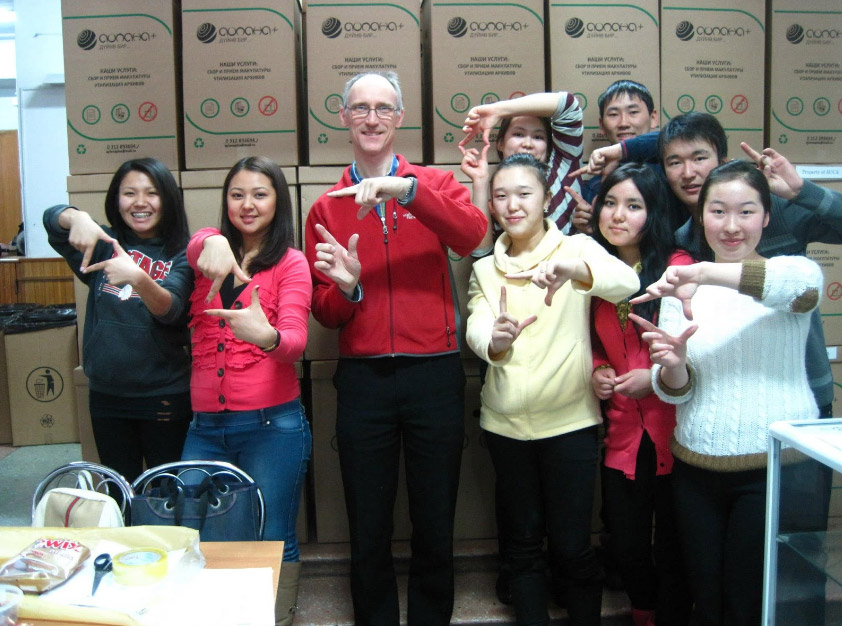 MoveGreen began Bishkek’s first school recycling programme with 15 schools and 2 universities in Bishkek. Partnering with a paper recycling company, Aiadana+, MoveGreen made presentations about climate change, recycling, and the life of rubbish. Schools received recycled paper products in exchange for used paper, and the school which had collected the largest amount of used paper over one year won a prize. Over a one-year period from 2013-2014, 14 tonnes of used paper was collected, rather than going straight to landfill. Great work!